Isaiah McCall is an ultramarathoner, comedian, and cryptocurrency enthusiast. He started off as a full-time journalist for USA Today and quickly switched lanes to freelance after falling down the Bitcoin rabbit-hole. He runs one of Medium's fastest-growing cryptocurrency publications Yard Couch. 🖖🏾


Digital assets known as non-fungible tokens are on fire lately. Unfortunately, a lot of artists are getting burned in the process (yes, pun intended).

Trading NFTs require hidden fees unbeknownst to artists known as “gas.” These gas charges don’t come from the actual NFT exchanges themselves, but from the Ethereum network in which the NFT technology is built and minted. As many have learned, it’s expensive.

We did some research on how NFT artists can avoid these high gas fees. Gas fees are not exclusive to NFTs, but this is NFT Bump so this article is advice custom-tailored for NFT artists– especially new NFT artists. It’s easy to get caught up in the excitement or get frustrated and do something irrational.

One Reddit user reported $50 in gas fees for a $5 NFT, while others have paid hundreds in transaction costs. “The prices are ridiculous,” said Reddit user Urboros Jose.

Some users are planning to move away from Ethereum’s blockchain to alternative NFT blockchains like Polkadot/Kusama and Cardano; two tokens that are slated as “Ethereum Killers”.

So, should you begin your NFT career on Ethereum, or wait it out for other blockchains? Here’s what we think.

Why Ethereum Gas Fees Are So High

High gas fees have plagued Ethereum for nearly two years now. Its Ethereum’s number one problem and has prevented the blockchain to scale properly since birth. Although Ethereum Mainnet is a powerful network where anything can be built on top of it, it cannot handle too many complex systems at once.

For this reason, co-founders of Ethereum Charles Hoskinson and Gavin Wood launched their own smart-contract cryptocurrencies called Cardano and Polkadot, respectively. Both aim to improve upon Ethereum’s initial protocols while making it lighter, faster and more efficient.

The Jury Is Still Out if Both Tokens Can Deliver

Meanwhile, Ethereum does have a good reason for having gas fees. It ensures that users don’t spam the network and overload it. For instance, because there’s a price to move around Ether it ensures that you aren’t able to crash the network by endlessly moving your funds around.

Immutable, the video game developers behind the NFT collectible card game, ‘Gods Unchained,’ have partnered with Open Sea to make transactions faster and eliminate gas fees entirely. They’ve introduced a layer 2 scaling solution known as Immutable X that will allow for 9,000+ transactions per second, in addition to gas-free transactions.

Costs for creating and exchanging NFTs are too damn high, and we realized a while ago that if we were serious about taking @GodsUnchained mainstream we needed a solution. Sidechains suck, and switching away from Ethereum to another blockchain was (and still is) laughable.

Immutable X is one of the many gas and scaling solutions coming to Ethereum this year. It will enable artists to mint or trade an NFT on Immutable without any gas fees, with the added bonus of Ethereum’s blockchain security. Projects that have already committed to using Immutable X include NFT marketplaces OpenSea and Mintable.
Ethereum 2.0.

Ethereum is a complex blockchain, and with that comes complex problems like this current gas fiasco. What Ethereum aims to do as a blockchain is create a general decentralized platform in which developers can easily build whatever applications that come to their imaginations.

It’s a complex blockchain that wants to make everything simple for its users.

Although gas fees and poor scalability have bugged the Ether community for nearly two years now, Ethereum is on the brink of its biggest updates since its inception.

Ethereum improvement protocol-1559 is an upgrade slated for integration in July that is expected to transform Ethereum into a proof-of-stake blockchain, instead of proof of work. This will fundamentally change how Ethereum tokens are used in the system and will make the overall network much faster and less expensive.

(Learn more about proof-of-stake vs. proof-of-work.)

EIP-1559 is a part of a much larger upgrade known as Ethereum 2.0 which is slated to begin this summer and finish by next year. This upgrade includes 100x scalability, as mentioned by Ethereum’s creator Vitalik Buterin, enabling the blockchain to handle 100,000 transactions per second. Good Go

Moreover, Ethereum has two more solutions to fix its problems known as sharding and rollups. Sharding spreads the computational workload across the blockchain while rollups scale Ethereum tremendously by aiding off the blockchain.

“If you have rollups, but you do not have sharding, you still have 100X factor scaling,” Buterin said in an episode of Tim Ferris’s podcast. “You still have the ability for the blockchain to go up to somewhere between 1,000 and 4,000 transactions a second, depending on how complex these transactions are.”

But Are Polkadot and Cardano Better Options?

Polkadot and Cardano are both primed to enter the NFT marketplace as well.

Cardano, on the other hand, will soon support NFTs natively on their blockchain. Smart contracts aren’t necessary to build NFTs with Cardano, which means sending an NFT will be the same as sending their token ADA (i.e. much easier and faster).
This could make Cardano a tour de force in the NFT space.
However, two major drawbacks for both these cryptocurrencies is that they do not have the same head start that Ethereum has. Both still need to build up their NFT network and draw an influx of artists. This lack of mainstream adoption makes both these blockchains extremely volatile in the NFT market; a space that is already very volatile to begin with

What Should You Do Now As An NFT Artist?

Reflect, research and rethink your approach into the NFT space.

NFTs are extremely volatile with some artists like Mike Winkelmann — more commonly known as Beeple — becoming the third most valuable living artist after selling a piece for nearly $70 million. While others lose on any profits due to high gas costs.
You should read our own guide on how to break into the NFT market, in addition to, doing your own research if you want to take this phenomenon seriously. As much as the market might seem like a get-rich-quick scheme, there’s an art (no pun intended) to making valuable NFTs.
Don’t be the next artist to get burned. 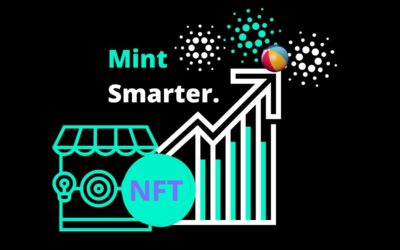 New NFT marketplaces, powerful, dApps and other blockchain innovations are exploding at a mind-boggling pace. From... 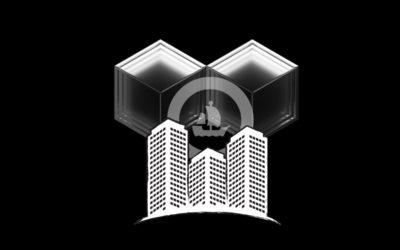